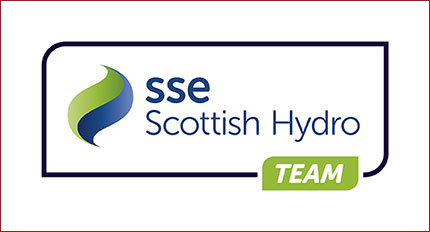 The year 2014 was one of the most successful for the programme, which saw Kylie Walker secure two victories on the Ladies European Tour and McArthur win for the second time on the European Challenge Tour.

Whilst Walker secured her highest finish on the Order of Merit in 11th place, McArthur once again narrowly missed out on winning his full European Tour card and hopes he can finally turn his consistency into a top-15 finish in 2015 and a place on the European Tour.

The 35-year-old ex-Scottish Amateur champion said: “I’m extremely grateful for the continued support from SSE Scottish Hydro. This will be my fourth year as part of the team and I am hopeful that this year will be the one that sees me secure my Tour card. I had opportunities to play on the European Tour last year and I hope to have several starts again this year, so I know what to expect and I know what I need to do to get there.”

Both McLeary, 34, and Doherty, 33, are previous members of Team SSE Scottish Hydro who won their Tour cards in 2014 and are set to benefit once again from the support provided to them.

McLeary, who qualified and then played all four rounds at The Open Championship at Hoylake in 2014, was one of the first recipients of support in 2011 and is an example of how the programme continues to help players as their career develops.

He said: “I’ve really benefited from being a part of Team SSE Scottish Hydro and to be offered this support once again is a great boost as I try to win my Tour card back and use the experience I gained last year. I know it will not be easy but I felt that I learned a lot from last year’s experience and I am looking forward to the challenge this year.”

Pretswell, meantime, is looking to follow in the footsteps of her close friend, Kylie Walker, and she has already started well in 2015. With three top-10 finishes already this year, she currently sits in seventh place on the LET Order of Merit.

The 25-year-old said: “Watching Kylie last year was a real inspiration and my early results this year are hopefully just the start of what I can achieve this year.”

Watson joins Team SSE Scottish Hydro for the first time and she is also looking to improve on her very successful first year on the Ladies European Tour.

Colin Banks, acting Head of Sponsorship at SSE Scottish Hydro, said: “We’re delighted to continue our support for some of Scotland’s top emerging golf professionals. Last season was a very exciting one for both Kylie and Andrew and we hope that this year’s professionals can continue this success.

“Team SSE Scottish Hydro has now provided support to 16 men and women over the past five years and this initiative is a key part of our growing golf programme.”